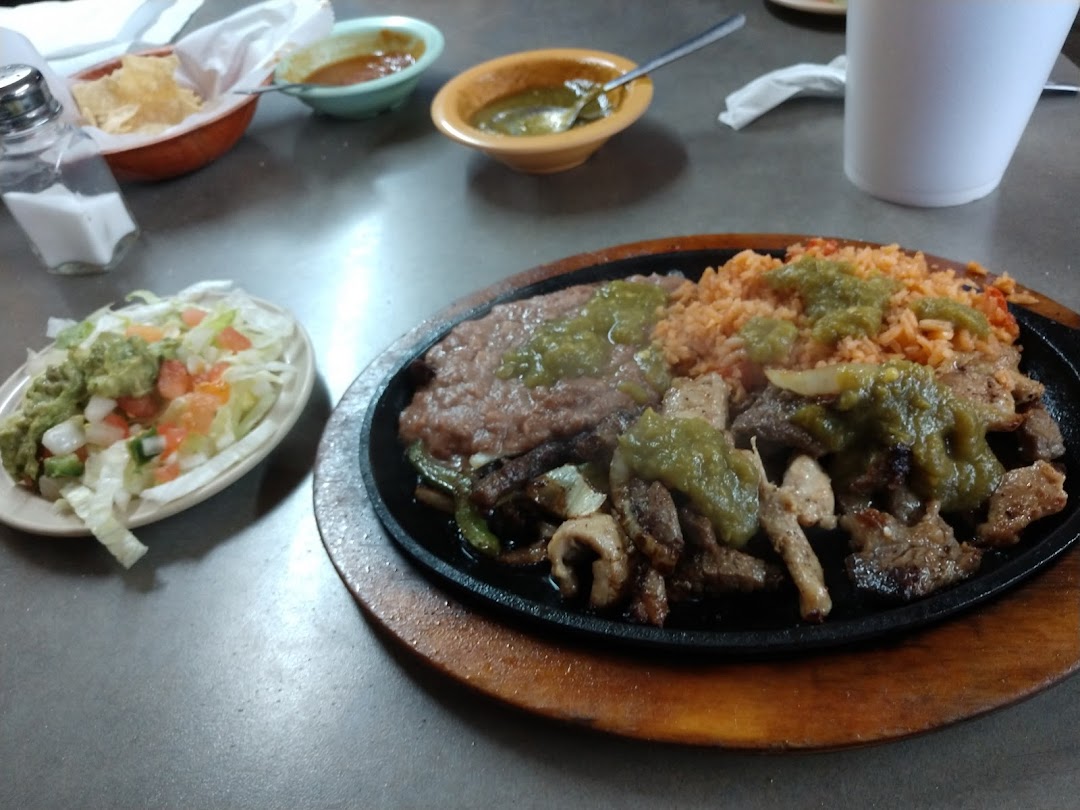 Good food. We've gone a few times at lunch time. Waitress is very attentive. Tables are disinfected and wiped down. They are also well separated for social distancing. Will be returning.

Had the Cheeseburger basket. Still one of the best burgers in San Antonio. Good service, Clean restrooms. And Home of Henry's Taco :)

The food is good but the service is soo slow

Locally owned and operated Henry's is a treat for simple home cooked food. It's dishes are tasty and well priced. We stop her whenever we're in Adkins or nearby.

Great place to go eat at..

Coffee had shiny flakes of some sort So didn't drink it. Food was nothing special.It's for the locals this place.

Friendly service and good food. I'll be back.

Everything was homemade, hot and clean friendly waiter and teamwork

It's a decent mexican restaurant, nothing to special. Fast and friendly service. Its expensive and taste ok.

Good Mexican food. I found this place by accident and I am glad I decided to give it a try as I am the type to only stick to places that I know are good. I had the Mexican Burger and it was delicious. Waitress was prompt and provided excellent service. I'm definitely going to have to go back for a second round.

Double Meat and double cheeseburger were excellent, meat was juicy and hot......

Best carne guisada i.v had in a while!!! Definitely will go back !!! And the tortillas were melt in your mouth home made !!!!

Wow! Table of 50 and they didn't mix up the orders food was delicious,piping hot ,fast ! I was pleasantly surprised.

People - be aware of Henry's. I just left there - and I think they were trying to kill me. I ordered a bacon egg and cheese taco and a chorizo egg and cheese taco and both were SO GREASY that I could only eat the bacon egg and cheese, for fear that if I had eaten the chorizo egg and cheese: I PROBABLY WOULD HAVE HAD A HEART ATTACK RIGHT THERE IN MY CHAIR! So disappointing! The grease completely saturated the tortilla to the point that it was inedible. Why they don't take the time to strain the grease is beyond me. I suppose it comes down to laziness. If the people at Henry's don't take pride in their food enough to strain a little grease then perhaps they should close their doors - PERMANENTLY! People - PLEASE, PLEASE, give your heart and your arteries a break AND AVOID HENRY'S MEXICAN RESTAURANT. Love yourself enough to go somewhere better.

Great food. Has a authentic atmosphere. Great people. Prices not too bad either. Yes. Worth visiting.

Good food but a little pricey for me

Pretty good place stopped in for a quick lunch, got the double cheeseburger and Bacon, my friend got a Mexican Plate.Everything was good and the customer service was great.

Food was good and people were friendly

Decent place to eat, but its definitely not real Mexican food it's more like tex-mex.

Foods was delish and service was fast and friendly.

The most friendly people I've ever had the pleasure of talking to. The food was excellent.

Delicious food! Always great service! When I call in my order, they know me and my family so well, they know who it is. No name on the order is asked, they just know us.

Local restaurant that has been around for a while. Great food and good service. In the area you should definitely stop and grab yourself a plate. Be warned, they put plenty on the plate!

The food was very good

Descent the main waitresses looks like she gets freaky.

A bit run down, but breakfast tacos are delicious!!!

I like their 3 for 3 deal, I usually get chorizo and potato my fave

Pretty good food and you got to try the breakfast

Great food fast and friendly service. With a smile

Giant tacos at a decent price and taste good too

Food has no taste... Hot sauce bland too. Potatoes not served with meals til we were almost finished eating. Tortillas NOT great. Sweet tea was good. Waitress super sweet.

Really good place to grab a quick bite and a sweet tea..

Good service but the breakfast tacos were small, not enough filling. The place could use a good update and cleaning.

Henry's is a classic, rural Texas, hole-in-the wall.I love to stop in here in the mornings before going hunting.The breakfast tacos are great. You must try the "Big Henry"

Great tasting Chilaquiles. The green hit sauce is great too. Very satisfied customer, prices are not bad, portions of food is plentiful.

The price are decent but the beef soup was terrible very greasy and the meat was hard to eat.

Very disappointed 1st.. Waitress didn't even want to take our order 2nd.. She didn't bother to check on us 1 time during our time there or offer more chips 3rd.. They have 5 Air Conditioners didn't bother to have either 1 of them on it was real muggy im there 4th.. Ordered the Mexican Plate Puffy Taco was descent but enchiladas didn't have melted cheese and rice was stale, tortillas weren't hot or fresh and tea was awful probally been sitting out too long, they didn't even have (yellow) lemon for their prices you'd think they'd offer better service and quality food this was a 1 and done

Way over priced. The tables and floor in the entire dining area were dirty. Dirty restrooms. Not going back.

No complaints, homemade and very delicious! I had the Huegos Rancheros- egg whites. My hubby had the French toast with bacon, sausage and a side of eggs. Would recommend

Pricey food, not enough on plate as if they're running out of it

Great food, great service, family atmosphere and the family that runs the restaurant always go above and beyond for their customers who dine here!

Not the greatest food, I normally don't go here. But if you are hungry and everywhere is closed, it is an option. It is breakfeast/lunch only. They are not open in the afternoon.

Must not have been to tastey I don't remember the place ay all.

The food was fresh and hot! Excellent service ! The tortillas are the best in town!

Loved them for years, my twin daughters thinks they are "da bomb". Serves always with a smile

Mexican food is great, hamburgers not so much

Good tacos, fairly cheap. Only complaint is a 20 min wait on average.

It's okay the waitresses need to be more friendlier though. my opinion I would rather go find another place

Again another just No!!

I love their enchiladas.

Ok nothing to Save about

Good Mexican food from a Jamaican

It is ok and it is the food restaurant here.